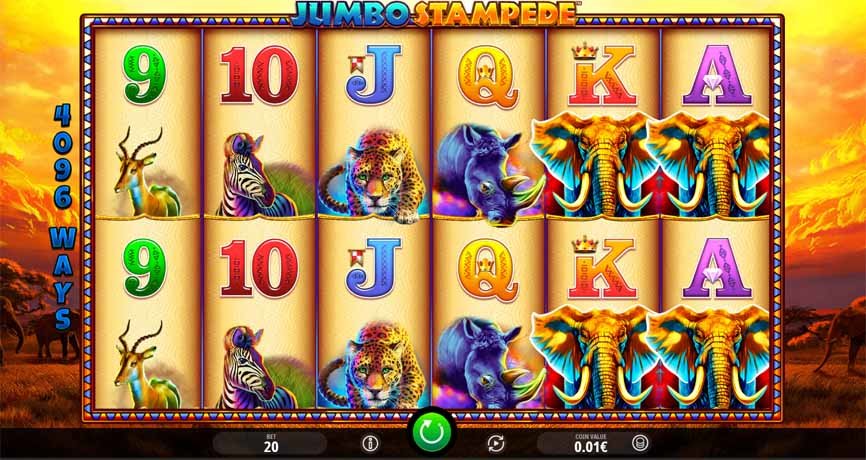 The online video slot machine Jumbo Stampede is very similar to Raging Rhino, a big hit at casinos across the country. Its African Savannah theme is one that players often enjoy. The theme is reflected in the game’s symbols and bonus features.

The background scene behind the reels is a plot of land in the African jungle. Of all the animal themed symbols on the reels, the one with the highest value is the elephant, whose name is Jumbo. Other animals seen on the reels are a gazelle, rhino, zebra, and leopard. The wild symbol in the game is a blazing yellow sun. An elephant coin is the scatter symbol. Every symbol in this game that pays money to players may appear as semi-stacked on the reels.

When players get at least three of the elephant coin scatter symbol on the reels at once, they trigger free spins. At that time, the game transitions from a daytime scene to a nighttime scene. Day time resumes when normal play does.

If a winning combination of symbols include the wild on the second and fifth reels, players get a multiplier. After the reels have completed their spin, it is revealed if the wilds carry a double or triple multiplier; either way, players win money. In the event the scatter symbol lands on a reel that doesn’t already have a wild, a scattered win is awarded to players. This means that if a particular symbol is on the first, fifth, and sixth reels at the same time, a four of a kind payout is awarded. 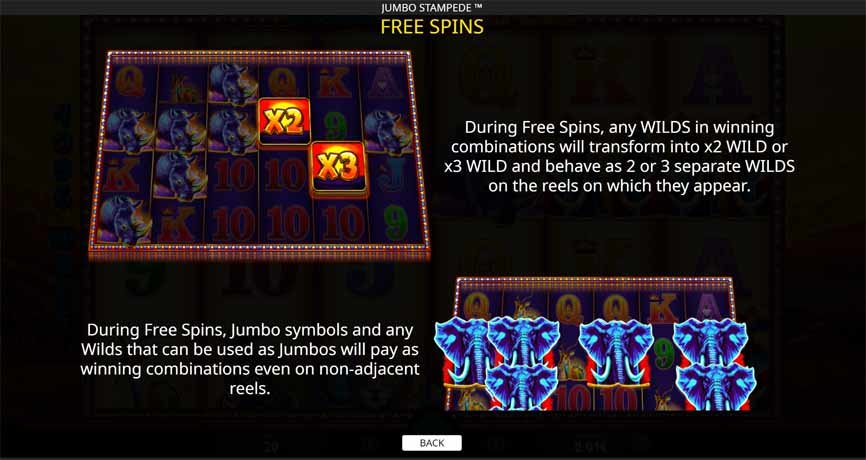 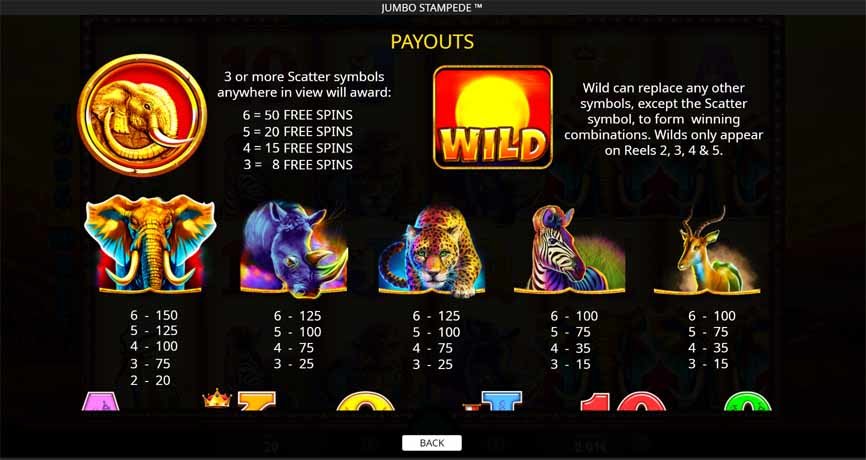 There are many other slots with the same theme as Jumbo Stampede. Some are more popular with players than others are. Those who enjoy the game will likely enjoy other African themed slots as well. These include Super Safari, Africa Untamed, Safari Heat, and Safari Madness.

Each of these games has something different to offer,but each can be equally entertaining. Some have darker graphics while others approach the theme in a more lighthearted way.

The main attraction of Jumbo Stampede is its special features. The free spins with added multipliers are just what players are looking for in a slot. They add excitement to the game and give players a reason to keep coming back for more. This is why players are willing to try this game even if they haven’t tried many other slots.