NetEnt has a great track record for taking classic slots and turning them modern. Strolling Staxx is no exception. It takes the old fashioned fruit themed slot and makes it appealing to today’s players.

The classic fruit symbols seen on the reels are updated with a cubic style. The fruits used are cherries, lemons, strawberries, plums and watermelons. The background graphics includes a tree which branches have been cubed, just like the symbols. They also include a sign post. This is an important part of the gameplay.

Whenever players spin the reels the sign post will revolve. The symbol it stops on then expands to cover 9 spaces on the game board. This leads to what is called reel re-spins. With the expanded symbol, players are more likely to win money than they would be otherwise. During re-spins the expanded symbol becomes locked. This means the other symbols around it spin, but that one does not. After a spin has been completed the expanding symbol moves to a different position on the screen.

Players that find themselves on the losing end of the game may be in for a pleasant surprise. Anytime a spin of the reels does not result in a winning combination, players may get a second chance. A sign displaying these words may actually appear on the reels. Alternately a sign that could appear says extra chance. If this happens, a symbol will then land on the reels. The symbols it adds become locked symbols. 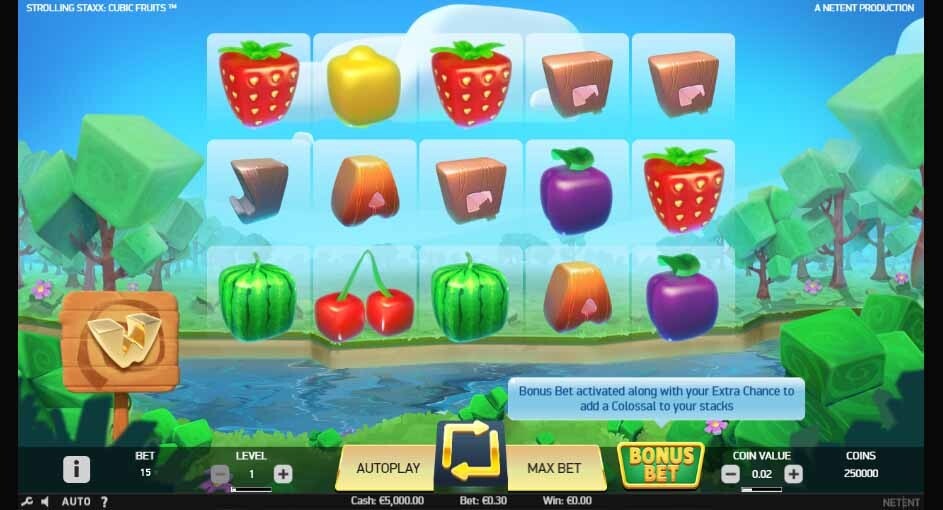 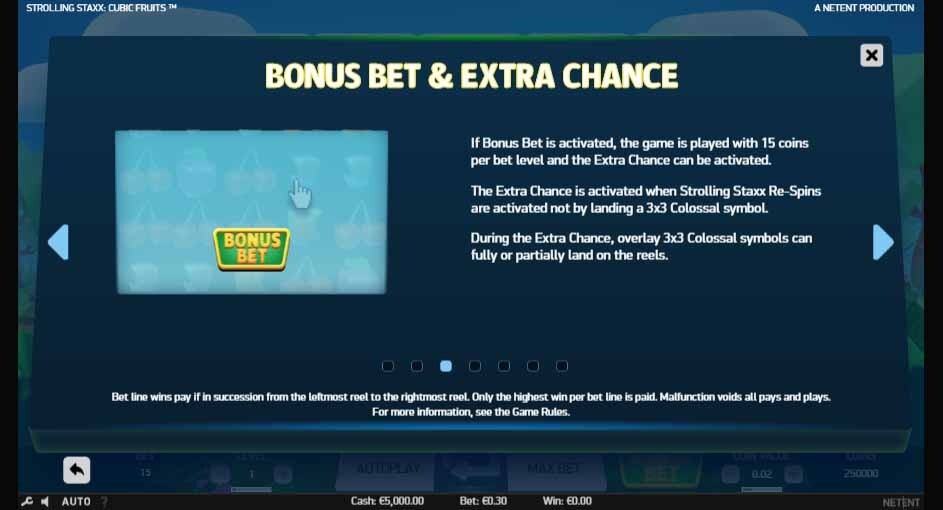 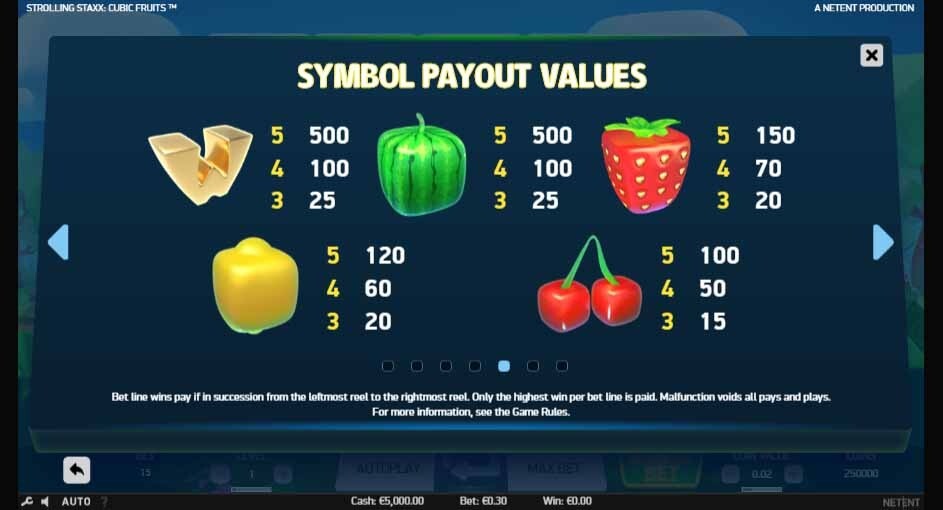 There are many ways to reinvent old fruit slots. Few have managed to do it the way NetEnt did with Strolling Staxx. This game is as fun to look at as it is to play. The cubic shape of the symbols and key background graphics make the game seem to leap off the screen.

The colossal symbols, as they are called in Strolling Staxx, add an element of excitement to the game. They make respins a lot more fun than they could be otherwise. The random second chance bonus also makes this game a great choice for players. That second chance is often compelling enough to extend a player’s gaming session.

Strolling Staxx combines the best of both worlds. When classic slots meet their modern day counterpart, players are getting a more well-rounded experience. This game may even introduce today’s players to the fun of classic fruit slots. It can also be a great way for an older demographic of players to make the switch to modern day video slots. Though others exist, Strolling Staxx is one of the best examples of an old casino game with a new twist. The game is timeless when it comes to entertaining players.