Partly based on the discoveries of legendary scientist Nikola Tesla, the Tesla Jolt is a unique online slot machine game. Perfect for science nerds, the game is animated to look like a dark cartoon.

Tesla Jolt is based in what is likely a portrayal of the laboratory Tesla made his scientific discoveries in. Sitting in front of a window, at a messy desk with a bookcase to the side, the game’s background puts players in just the right mood.

The reels are filled with the tools a scientist like Tesla would have needed to do his job. They include a circuit board, a three pin plug, and a light bulb. The wild symbol in the game is an electrical pylon and Tesla represents the scatter symbol. The game’s bonus symbol is a Time Lapse Trigger.

While free spins are being played, any wild symbols on the second, third, and fourth reels are gathered together. They are then transformed from regular to charged wilds. Once three matching wilds have been accumulated, the charged wilds are released. They can also be released if the fifth reel includes the Time Lapse Trigger symbol. When this happens, players get additional free spins.

Named after the game, another bonus symbol is the Tesla Jolt. The appearance of this symbol on the reels means all the other symbols present become expanding wilds. It also means that the Tesla Jolt symbol becomes a wild on its own. At this point in the game, players will see a lightning erupting over the reels. 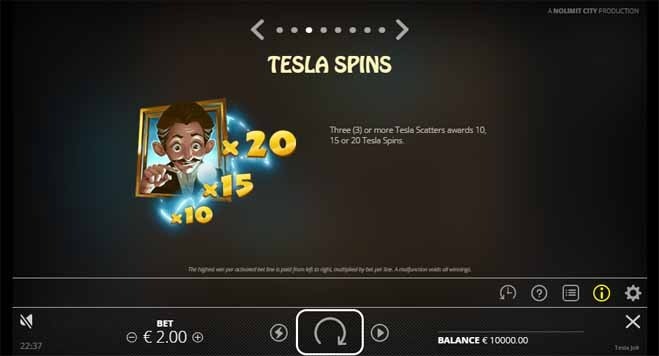 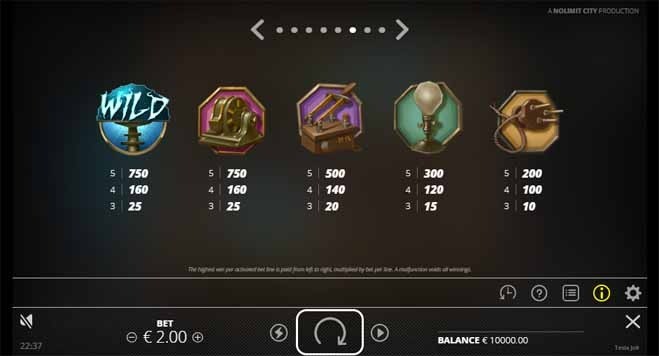 Nikola Tesla was an important figure in his time. An immigrant from Austria, Tesla settled in New York City, where much of his career defining work took place. Among his experimental endeavors were X-Ray imagine and glass tubes used for electrical discharge. He went on to form his own ideas about science, many of which put him in the history books.

As a result, the theme of this game is an homage to his scientific contributions. The bonus features can help get players excited about the subject of science as well as scientific discovery.

Tesla Jolt introduces a whole new generation of players to his work and his groundbreaking accomplishments. In a way, the manufacturer of this game is keeping Tesla’s legacy alive. It is likely to keep inspiring players to learn about science.