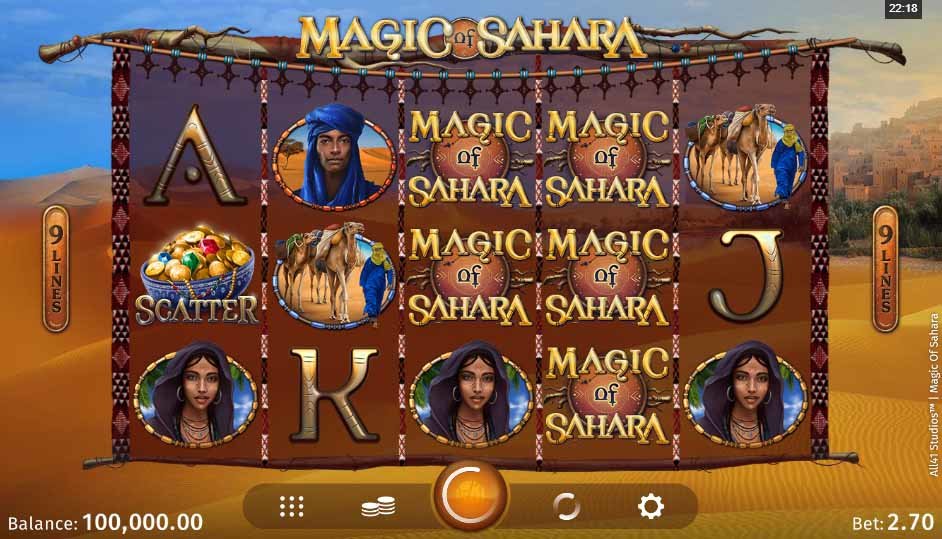 Magic of Sahara is one of the many online video slot machine games with an Egyptian theme. While it doesn’t stand out from the competition, players will likely enjoy it for its bonuses.

Set in the Sahara Desert, its sand and the sky above serves as a backdrop for the reels. On the reels, players will see what they would expect to see in the desert, including camels, their riders, coins, and jewels. There is also a bonus symbol represented by a magical merchant. Tuareg traders serve as the game’s scatter symbol. The wild symbol is the Magic of Sahara logo.

One unique aspect of this game is that there are two different ways players can trigger free spins. Players that are able to gather 25 magical merchant symbols will receive a free spin for each one. On top of that, they also get a multiplier that doubles the amount of their winnings. 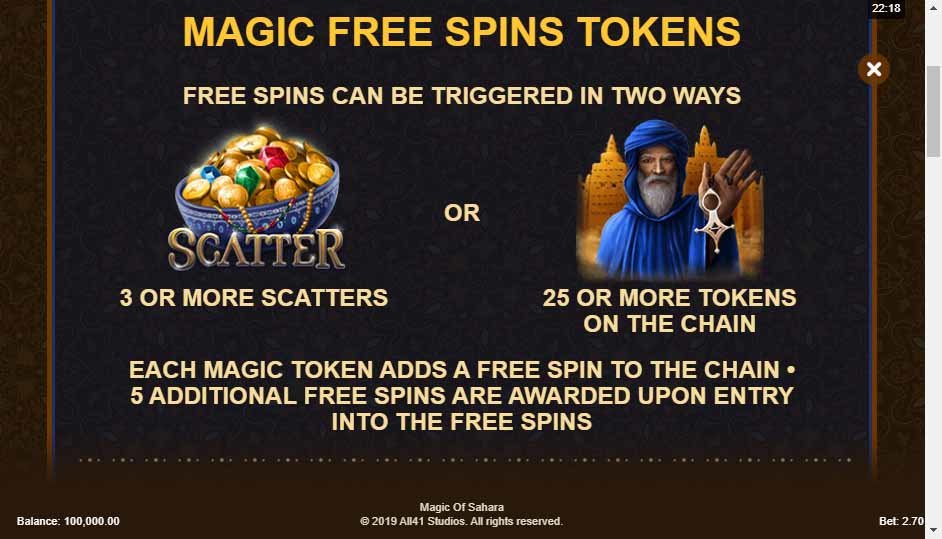 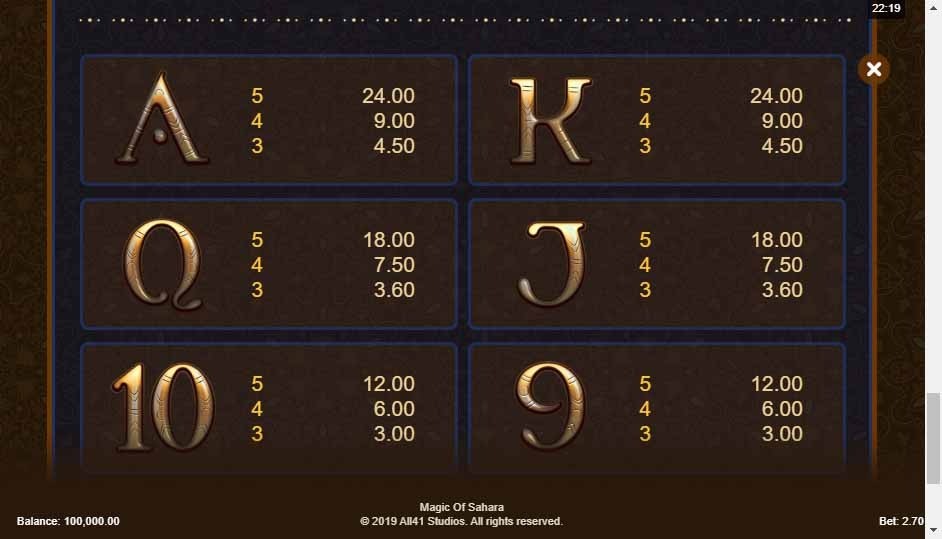 Not many slot machines are set in the desert. In that respect, Magic of Sahara stands out among Egyptian themed games. Though its graphics aren’t high quality enough to make it come alive on the screen, they are compatible with mobile devices. Players will find that they can enjoy the game just as much as they would if they accessed it using a desktop computer.

The free spins and multipliers are probably the aspects of the game that players will appreciate the most. These add value to it and give players something to look forward to. The fact that the free spins can be triggered two different ways makes the game more interesting to most players. This increased chance of winning more money is one that few players would be able to resist.

The added bonus of easier to trigger free spins is the only thing Magic of Sahara has over the competition. Nothing else stands out about the game compared to other slots.

While its other bonus features are enticing to players, the game may struggle to find an audience. Players that are willing to try it may like what they see. The challenge lies in getting certain players to try this game in the first place.