The wildlife of North America is the setting for the Wolf Legend Megaways online video slot. It goes above and beyond to offer players an elevated gaming experience. With so much to offer, anyone can enjoy this game.

Behind the reels players will see a background of a landscape featuring sandstone towers beneath a bright orange sun. The symbols seen on the reels all reflect its North American wildlife theme. They look extremely realistic, as opposed to many slot machine symbols that are similar to cartoon style. In this game, the realistic symbols are a wolf, bald eagle, mountain lion and bison. Each animal has a serious look on their face that portrays them in any angry light.

Like other Megaways slots, this one has six reels instead of the standard five. Anytime three of the same symbol is lined up on the reels after a spin, players win money.

Being a wolf themed game, there are three different styles of wolves serving as symbols. They are the gold, white and scatter wolves. The white wolf serves as the wild symbol in the game.

The scatter is represented by a howling wolf. When players get at least three of them appear on the reels within one spin, free spins are triggered. This is when the Golden Streak bonus feature comes into play.

The bonus feature is divided into two parts. The first part is the free spins, which are played on the same game screen. However, the second part takes them to a screen that offers them a choice between using the gamble feature or using the free spins. If players choose the gamble feature they may get more of the Golden Streak re-spins. Those that choose the free spins will have a multiplier added to them. This, combined with cascading reels, can result in huge cash prizes for lucky players. 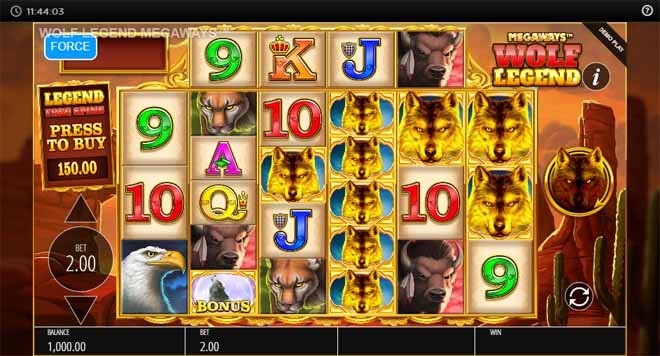 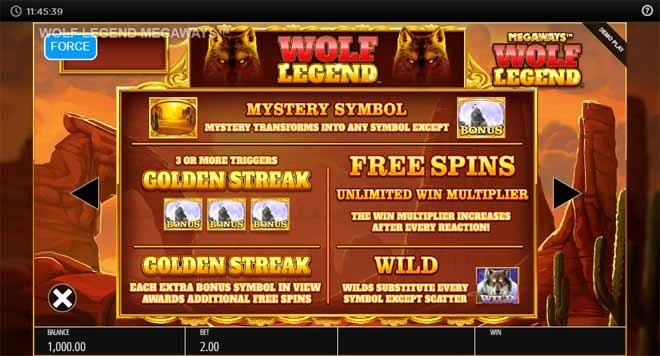 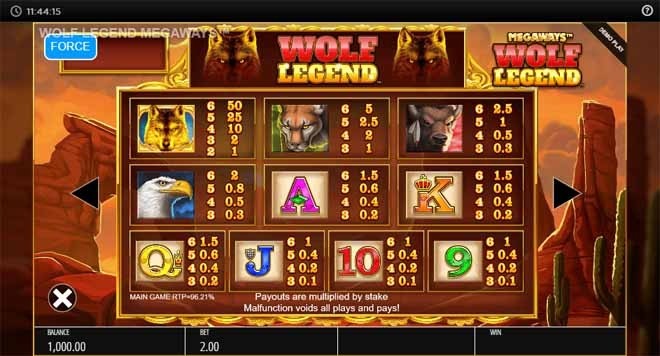 Despite the number of wolf themed slot machine games available, this one stands out from the crowd. Its exciting bonus features make it desirable to players who want to enjoy a slot machine that won’t quickly deplete their bankroll.